Notes :
(1) 99041 was only in the consist when 6233 was on the train.
(2) Following the passage of 1Z29 several small lineside fires were reported between Castle Cary and Taunton.  Therefore 6233 remained at the West Somerset Railway, with diesel 47802 running light from Southall to Bishops Lydeard to work the return leg. As a result 1Z30 was reported 86 minutes late at Taunton but eventually arrived into Paddington just 15 minutes late. 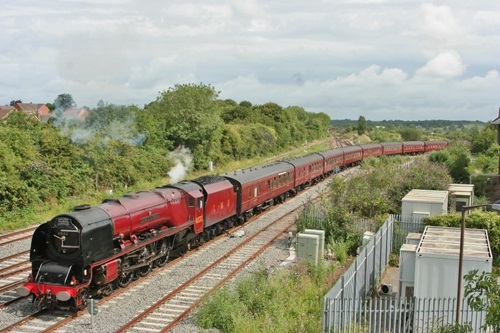