Notes :
(1) John Clifford's comments: I joined this train at Guildford. Departure was on time, but we were following the 09.30 Redhill - Reading stopper and this meant that there were a number of signal checks. Nevertheless we left Reading almost on time, but were stopped at Oxford Road Jn to let the 07.03 Birch Coppice - Southampton Freight Liner to proceed (it was 10 minutes late at this point). Nothing further untoward occurred and we reached Salisbury a few minutes early. After waiting for the 12.47 Salisbury - Waterloo to go we followed it. Reversal at Andover saw us onto the Ludgershall branch. At Ludgershall we covered the line up to the level crossing (which formerly went on to Ludgershall Camp), the remaining stub of the Tidworth branch and the Horse sidings. Thanks to the M.O.D. for permitting this. The train returned to Andover and, after reversal back to Salisbury. I left the train there. 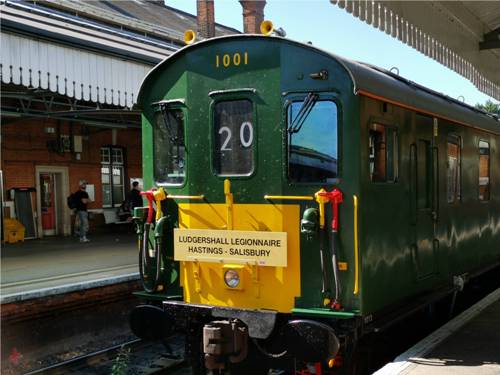