Notes :
(1) John Clifford's comments: This was the last run in passenger service for the Class 313s operating on the Great Northern Line (the last run in ordinary passenger service having been on 1st October 2019). These two units were put aside for the tour. It was also a farewell to Gerry McFadden, GTR's Engineering Director who was leaving the company. On the day we set off slightly late and from Finsbury Park we found ourselves behind the 09.50 Moorgate - Welwyn Garden City, which we followed slowly including a signal stop before Oakleigh Park. At Hitchin we stopped to let the 10.42 Kings Cross - Kings Lynn precede us. Then, instead of going over the flyover, we went over the flat crossing only to be stopped at Hitchin East Jn so that the 10.21 Kings Cross - Letchworth could go ahead. The reason for this soon became evident. We were due to cover Letchworth Arrival and Departure Line, but didn't do it. It seems that, despite the timings showing that it was to be covered, permission was refused. Furthermore we were told that there was no one available to clip the points. We arrived at Royston early and returned behind the 11.24 Cambridge - Brighton, then reached Hertford North for a break. It was hoped that we would cover the sidings here but, again permission was refused. At Hertford North there was an announcement that we were the last 313 train there. We set off behind the 13.10 Watton-at-Stone - Moorgate for a further slow run. As booked we covered Reception Line No.1 at Hornsey Depot, then followed the 13.39 Welwyn Garden City - Moorgate from Finsbury Park with a couple of signal stops. The final leg was out to Hornsey Reversing Sidings, over the flyover and into Kings Cross which was achieved without problems. So the reign of 313s on the Great Northern came to an end. The two units were towed away about a month later for scrap.
(2) Coach 62656 in unit 313064 was specially vinyled into Network SouthEast livery for this tour.

Sources : John Clifford & David Lodwick (both on the tour throughout) 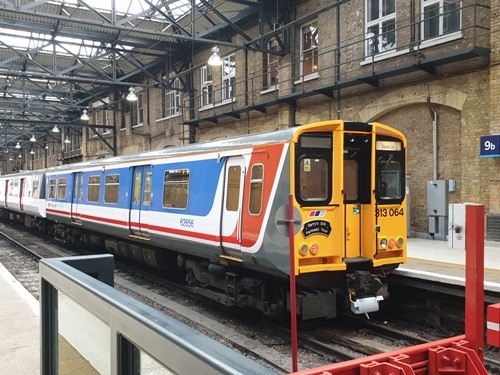 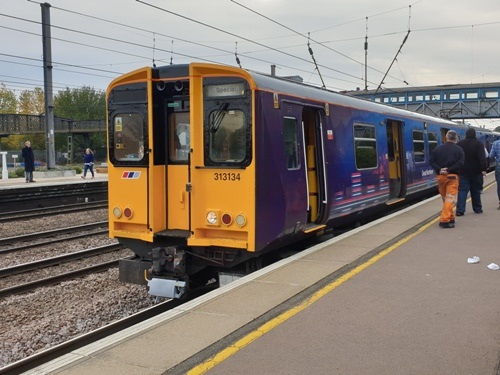