This was my first trip on "Le Shuttle" on what was, I believe, just the second Saturday the operation was open to the public. The first "open" day of operation (i.e. turn-up-and-go) was the previous Saturday when there were reported to have been chaotic scenes at the terminal as far too many people turned up wanting to sample this new method of travelling to the continent! 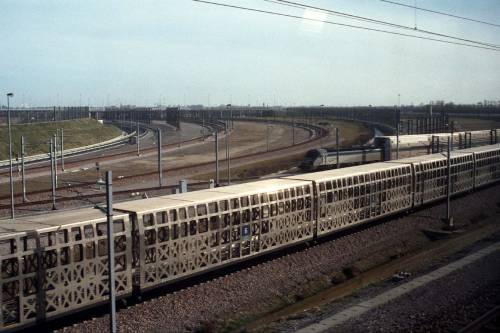 Approaching Calais - loco in picture is 9030, the one destroyed in the tunnel
fire in late 1996 - it was on a train heading off depot...going into service? 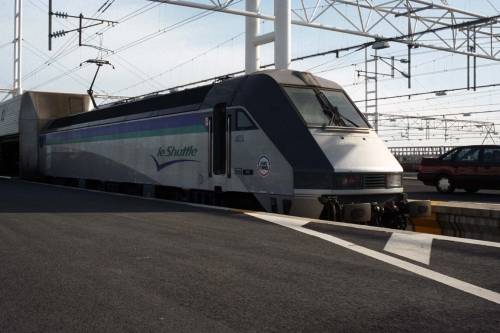 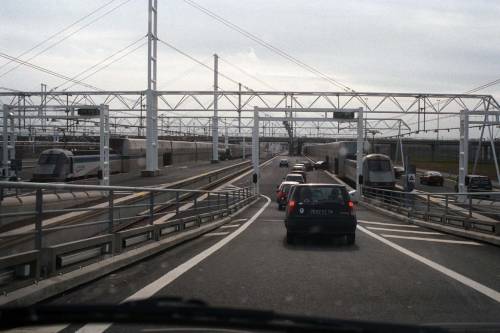