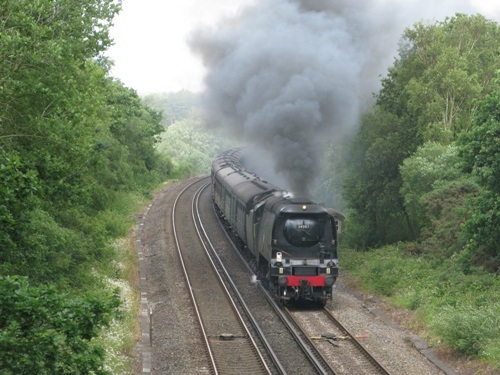 34067 'Tangmere' climbing the bank between Lymington Jn and Sway
on the outward leg of the tour (photo: Nick Bartlett) 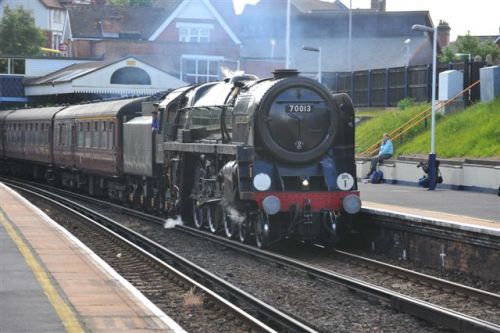