Notes :
(1) Tour had been postponed from 16/09/12, due to reason unknown. The outward leg of this tour was originally advertised to start from London Waterloo and routed via Wimbledon and Surbiton.
(2) Banked by 47245 from Victoria to Grosvenor Bridge. 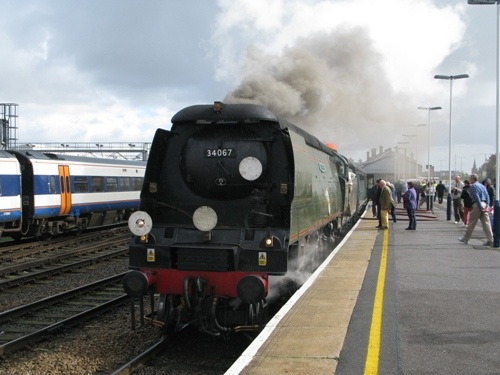 34067 'Tangmere' at Salisbury on the outward leg (photo: Nick Bartlett)