Notes :
(1) This seven coach tour (including two Pullmans) ran to celebrate the centenary of the Portsmouth Direct route. Train was 90 minutes late back into London Victoria.
(2) Loco propelling.
(3) Contemporary reports list the leg back from Guildford as being hauled by 30567 however David Pearson who was on the train believes from memory that 30567 was only used on the outward leg, 30350 hauling the train for the rest of the day. 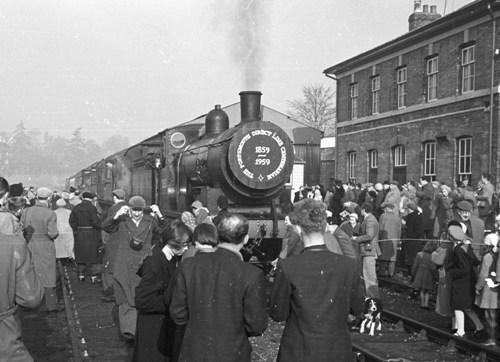 30350 at Godalming Goods - terminus of the line before the Portsmouth
direct line was opened (photo: David Pearson) 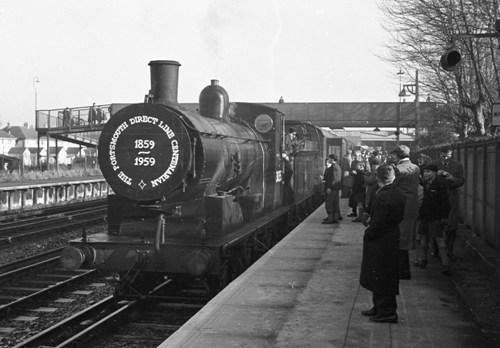 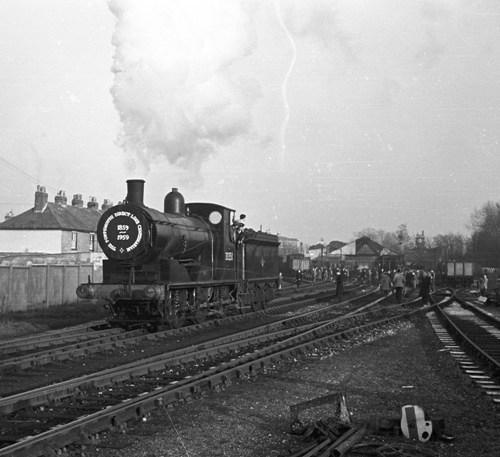 Running round the train at Gosport using the triangle which formed the
junction with the former Stokes Bay branch (photo: David Pearson) 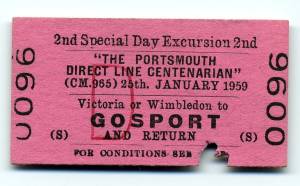 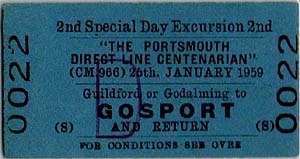