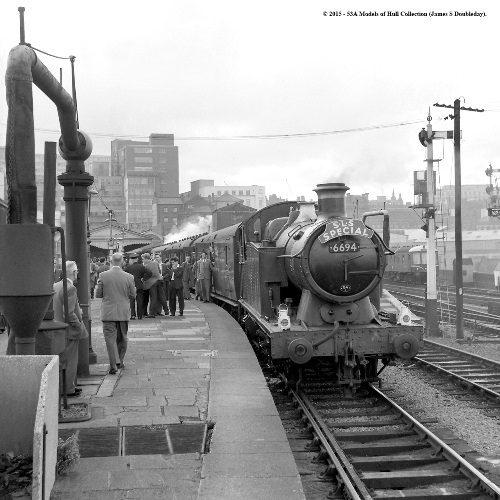 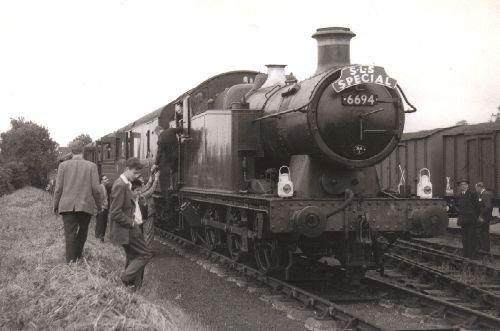 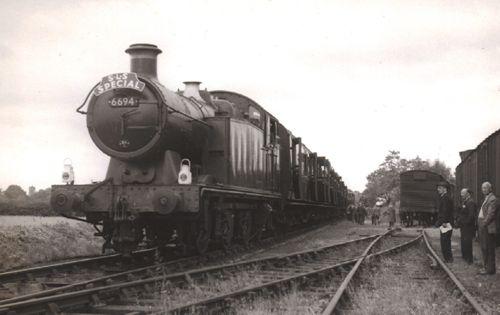 Richard Maund adds: The two photos (looking towards the stop blocks of the old station, which was of course a dead end) show the train standing between the goods shed (behind the camera) and the old passenger platform (on the right, in the distance, in the lower shot). The signal box (which disappeared before WW1) would have been on the left, somewhere alongside where the loco is standing. The train then drew forwards again into the headshunt, set back up the branch to the passenger station, and headed for Birmingham. Hence, the loco had no need to run round.