Notes :
(1) The tour brochure map shows the booked route between West and North Jn being that taken by trains heading onwards towards Kings Lynn or Norwich, in other words, the tour was booked to reverse at Ely North Jn in addition to the loco change taking place.
(2) Route confirmation required - above is the booked route from the tour brochure timings. An 80 minute timing from Ipswich to Liverpool Street had been requested but the schedule advised by BR (ER) was 94 minutes which, though challenged for an improvement, was not given. 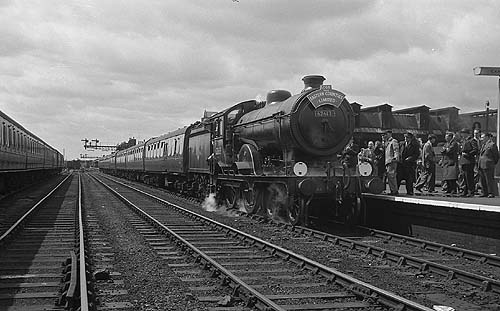 62613 is seen on arrival at Cambridge (photo: David Pearson) 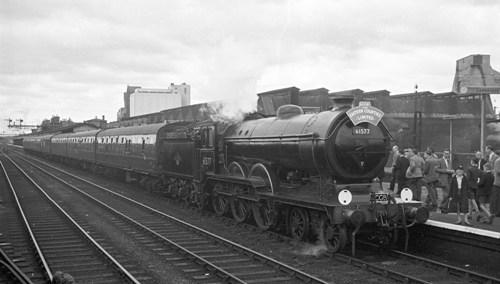 61577 takes over at for the run to Denver Jn (photo: David Pearson) 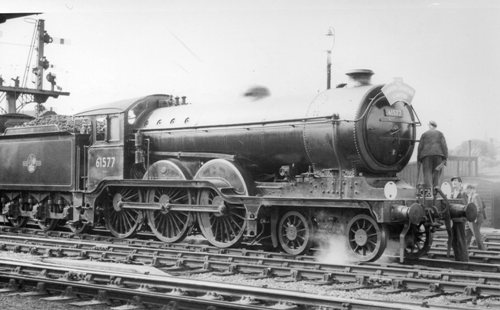 61577 on arrival at Denver Jn (photo: The John Debens Collection) 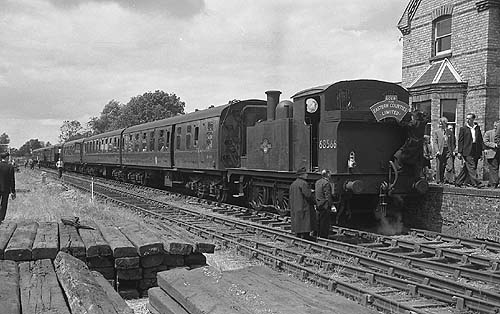 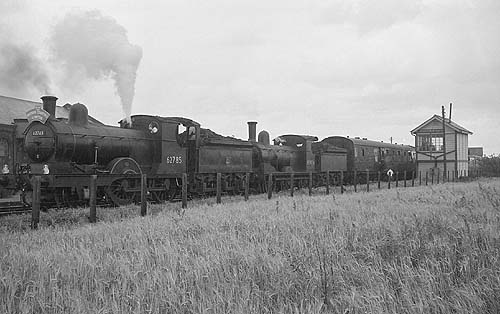 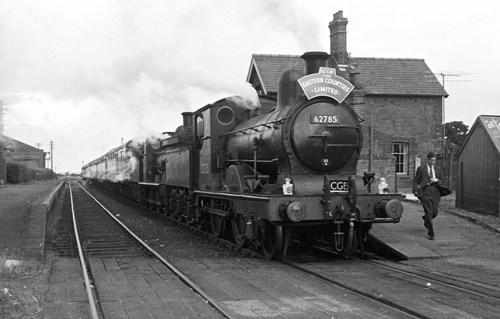 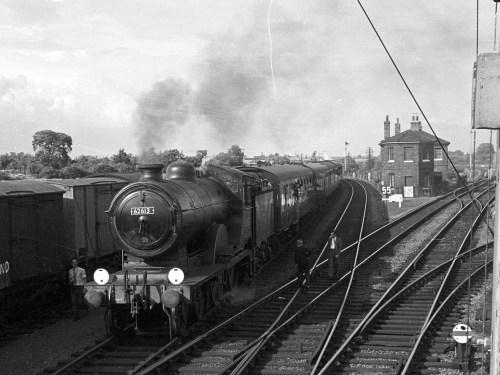 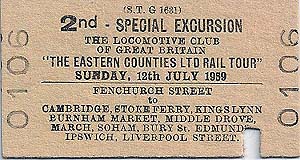 Timings (Booked Only)
(from The Bluebell Railway Museum)