Notes :
(1) 32670 on rear.
(2) DS680 on rear.
(3) Originally uploaded as having been organised by the Ramblers Association. Terry Jackson comments : The Ramblers Association used to run tours for their members across the south and some of the later ones were organised to appeal to railway enthusiasts as well as ramblers. From memory this tour was very well loaded and justifiably so. David Pearson however comments: The train was organised by Mr. Lockie, not the Ramblers Association. The RA had a regular programme of excursions from London to various Southern Region destinations at three to four weekly intervals, but always to stations which were still open to passengers. Lockie used to organise special trains to places of interest to railway enthusiasts on any of the four Regions serving London and open up the train to ramblers to fill up the seats. The rambles themselves were organised by the same RA members who led the rambles on the RA trains on the Southern. 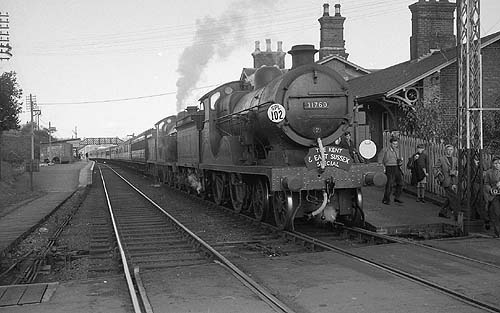 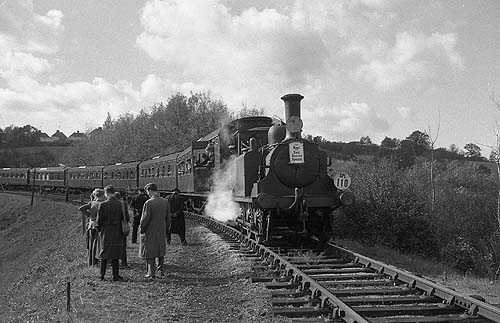 DS680 (the Lancing Carriage Works shunter) on the head of the train at Robertsbridge. 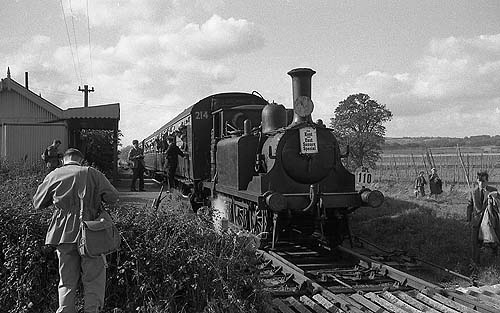 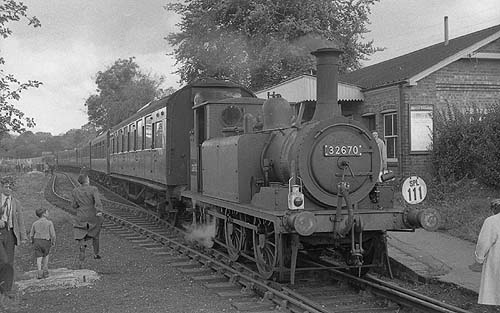