Notes :
(1) A set back was required at Orbliston Junction to access the Fochabers Town branch.
(2) Loco propelling.
(3) On arrival at Elgin the train set-back into the G.N. of S. platform.
(4) At Forres passengers could alight and visit the shed or remain on the train whilst it traversed all sides of the triangle.
(5) Reported as the last ever working to Fortrose before the branch was lifted.
(6) Was uploaded originally as locos running top-n-tail however photographic evidence (in 'A photographic souvenir of the SLS/RCTS Scottish tour (12th - 17th June)') shows the locos ran double-headed in each direction. 46463 led the pairing both out and back, running chimney-to-chimney on the outward and tender-to-tender on the return. The reversal at Carmyllie was described as 'very complicated' and the train was photographed in Carmyllie yard north of the station with 46463 leading 46464 after the run-round was completed.
(7) Chris Gammell, in his book 'Scottish Branch Lines' (first and second editions), records that this tour included 32 closed branch lines and that it cost the then princely sum of £14.
(8) Detailed as a high speed run behind CR123.
(9) Keith Thomson notes that the photo stops were made in the opposite direction to that originally scheduled (so that the train would be in a better light for photographers) on the following branches: Macduff, Alford, Fortrose, Inverbervie & Auchtermuchty. 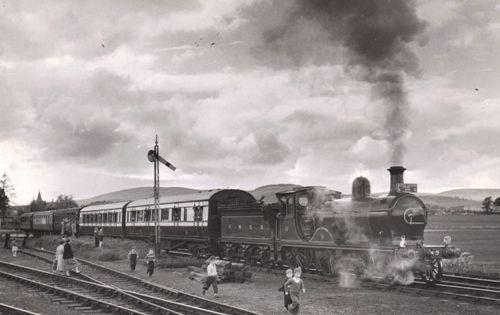 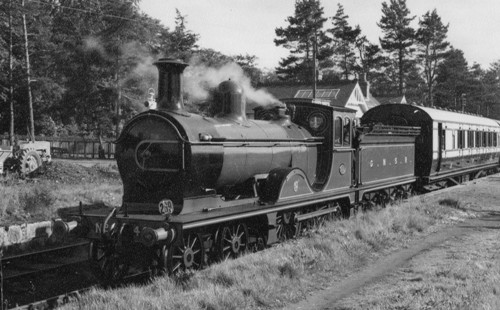 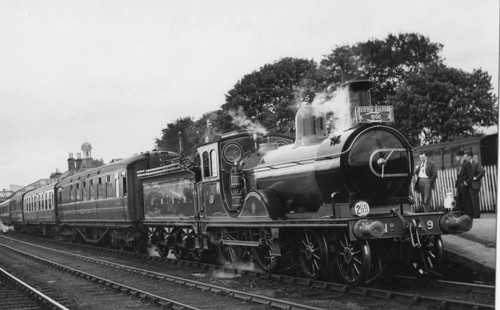 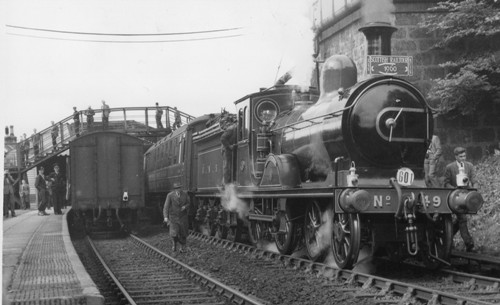 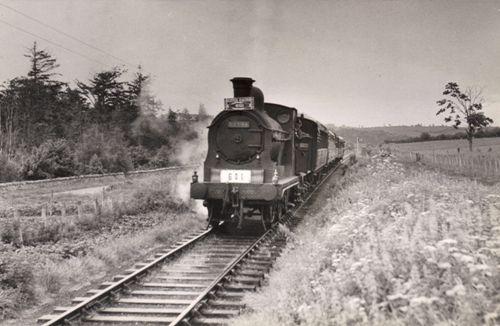 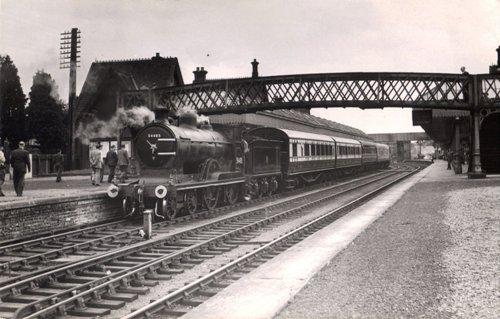 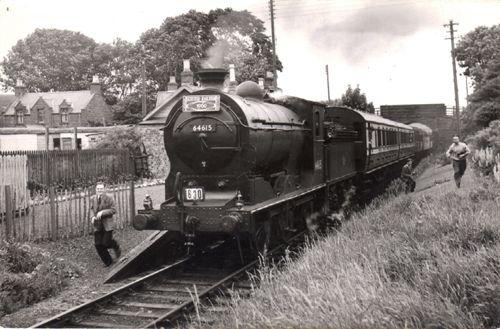 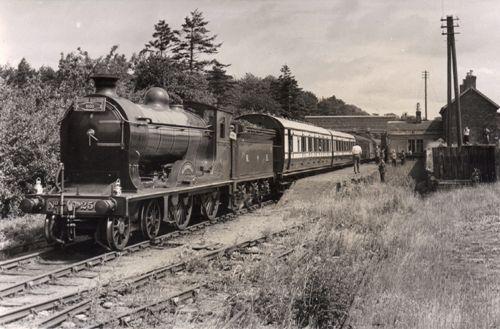 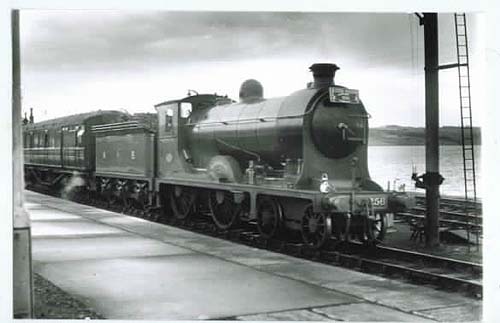 256 'Glen Douglas' - given as at Montrose on the Down Through Line
however 256 was not used on the day (16th) the train was in Montrose?
(photo: Andrew Fairholm collection) 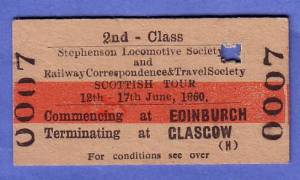