Notes :
(1) This was the first visit of MR Compound 1000 to the north of England since restoration.
(2) Train paused at Ravenglass for a trip on the R&ER to Dalegarth. Three trains ran, using steam locos 'River Esk' & 'River Irt' and an unidentified diesel. Only one set of times were given for the journey in the tour brochure however and it is confirmed that all three trains followed each other up and down the valley, at times within sight of each other. 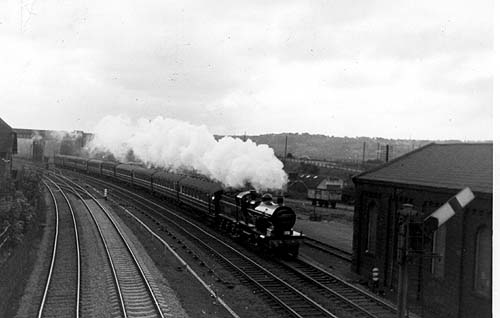 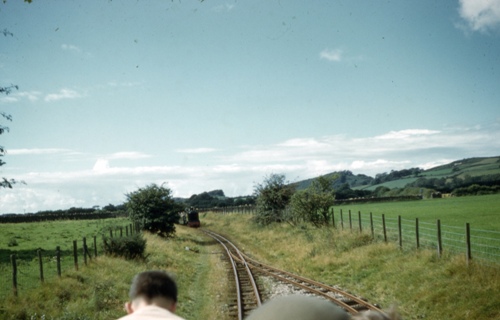 The diesel hauled train is seen here approaching Irton Road from the rear
of the second train (photo: David Michell) 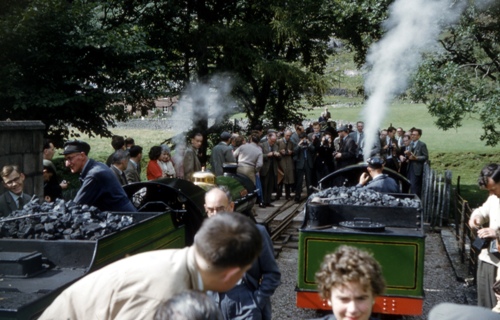 A line-up of trains and participants at Dalegatrh (photo: David Michell)