Notes :
(1) Loco propelling.
(2) Originally uploaded called the "North Hampshireman". According to David Pearson however all correspondence and the tour itinerary described this as the "Aldershot Area Rail Tour" and he comments that he has never heard it described as the "North Hampshireman".
(3) Paul Cooper comments: The train started from bay platform at Farnborough main (itself a rare event) and then took the closed Sturt Lane west curve to Frimley. Train then propelled via Ash Vale to Aldershot Military Power Stn, Canal Wharf and Government Sidings. Then to Bentley, Bordon and back to Alton to do Treloars Hospital Siding (Alton-Basingstoke line) and the Farringdon end of the Meon Valley line. Train then ran back to Farnborough via Frimley for disembarking. 30028 hauled throughout. 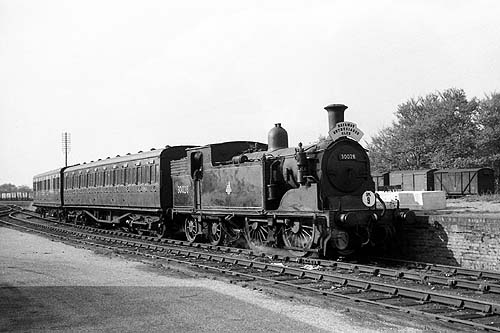 30028 in the bay platform at the start of the tour (photo: David Pearson) 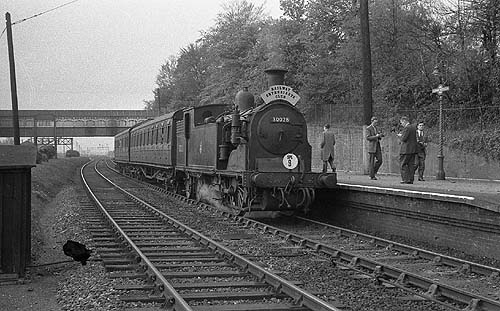 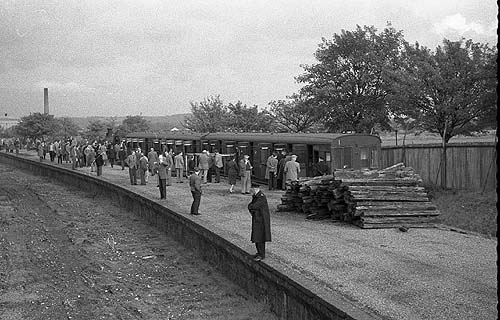 The train at the Aldershot Military Platform (photo: David Pearson) 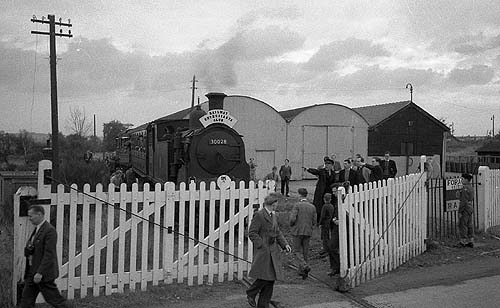 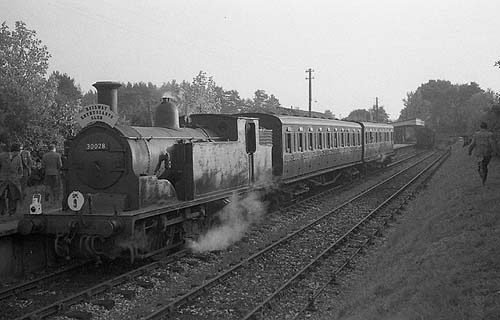 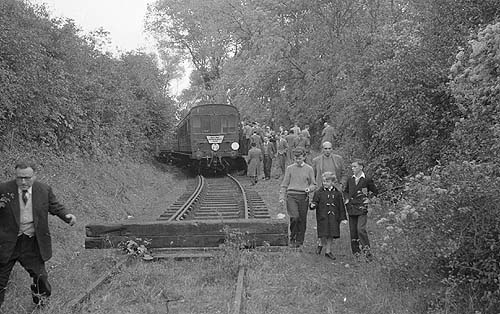 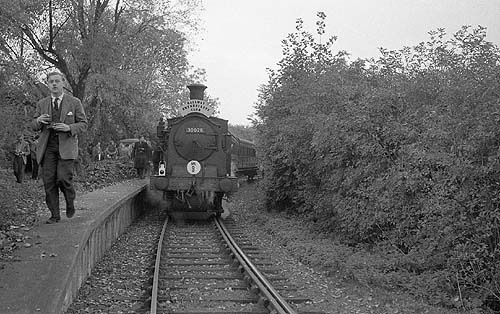 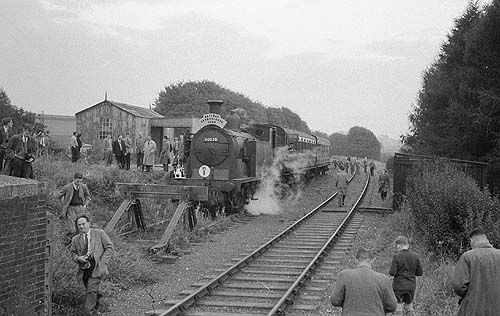 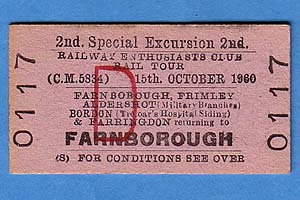 Timings (Booked Only)
(from David Pearson)