Notes :
(1) Paul Cooper comments: A memorable day. This Ian Allan tour was a re-run of the over-subscribed trip of the 5th April. Motive power was 30117 and 31749 Charing Cross to Ashford and same duo to Redhill where there was an engine change to a Schools to Woking . We changed engines again here for another Schools class, 30913, to Eastleigh. Train went into the works sidings. Same motive power up the SW main line back to London Waterloo (it definitely didn’t go back via Ashford). As an 11 year old arriving home that night I was amazed to hear from my parents that the BBC news were reporting the USSR was the first nation to put an astronaut in space that day – one Yuri Gagarin.
(2) Dick Franklin queries the identity of the Schools class loco used between Reading and Woking; he comments: I was on the above tour and I'm not convinced the Schools we had from Redhill to Woking was 30910. In my notebook I have ringed 30909 and 30913 which tells me those were the two Schools we had. 30910 was one of the Schools I never even saw so that makes me more convinced it was '09. 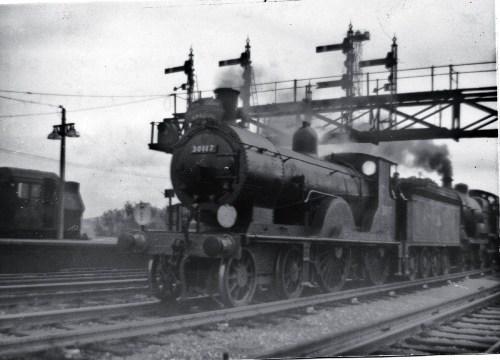 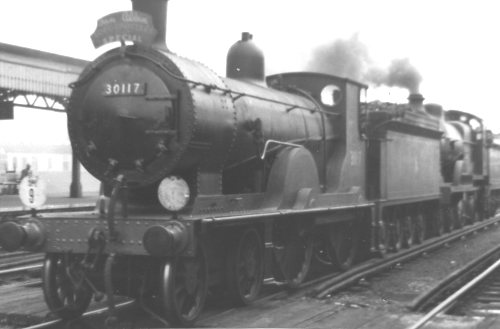 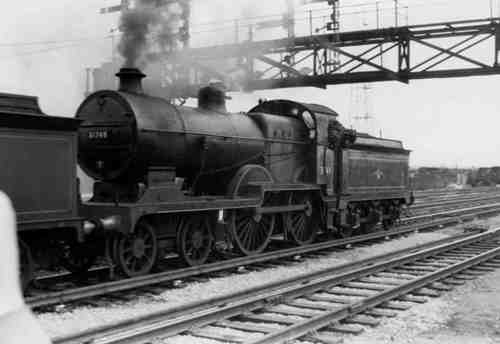 31749 at Ashford prior to working to Redhill (photo: Dr Christopher Fifield) 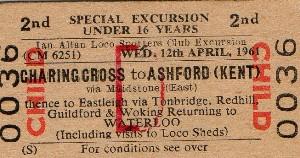 Timings (Booked Only)
(from Dick Franklin)