Notes :
(1) Commenting about Ramblers' Excursions, David Pearson comments: they all had specially printed tickets but these did not mention anything about ramblers. The tickets were available from booking offices, not in advance by post, which suggests that BR (Southern Region) took the 'risk' for running the train. 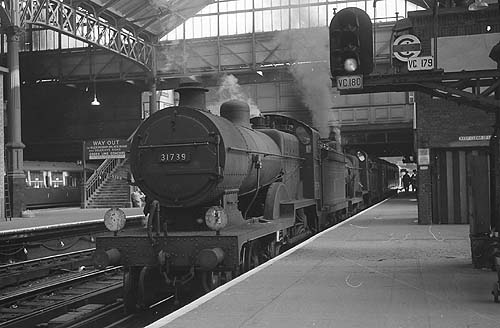 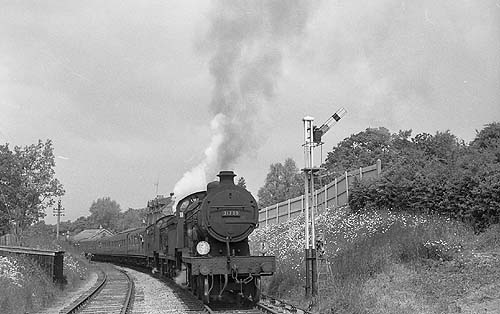 The train paused to set-down at Cranbrook (photo: David Pearson) 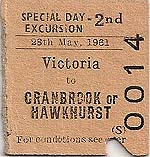 David Pearson's ticket
(half of it anyway!)