Notes :
(1) A tour report comments that the 'promised six-wheel coaches' had not been made available for the return trip to Cobh, however a 'telephone call produced the desired result and a rake of vintage six-wheel coaches made the round trip to Cobh late in the evening'. This was an unscheduled run.
(2) Tour was booked to be shunted at to allow passage of two passenger trains. CIE 125 was also swapped here for the Portlaoise pilot (a diesel) as 125 had 'dropped a motion bolt' somewhere before Roscrea. Use of both A30 and A41 has been suggested (A30 from Ballybrophy to ??? and A41 into Kilkenny) however the tour review only mentions one diesel in use between Ballybrophy and Kilkenny and other information received by the Webmaster from a tour participant also details the use of A30 only between Ballybrophy and Kilkenny.
(3) Ran as service train from Attymon Junction to Loughrea. In addition it is reported that the station master at Attymon Junction agreed to the adding of a vintage gas-lit MGW six-wheel coach to the mixed branch train for Loughrea and a number of the tour party followed the special on the branch train, hauled by CIE 610.
(4) 588 was struggling with a hot axle-box, which was in flames when the train arrived at Claremorris, resulting in its replacement.
(5) Intended loco, CIE 603, was failed on Sligo shed before the start of the days travels with a cracked cylinder cover.
(6) It is reported that all but 31 of the tour participants (out of around 100) opted for an extra hour in bed, catching the 09:10 Westport service train from Dublin Amiens Street to Enfield (hauled by CIE diesel A50), where they connected with the tour.
(7) Late running, caused earlier by GNR 184 struggling on the gradients on the Edenderry branch, meant there was not time to visit the works/shed at Dundalk and also catch the 15.55 service train on to Belfast as scheduled. It is reported that a minority of participants caught the service train, hauled by UTA 55, to Belfast though a small group of those passengers then alighted at Goraghwood to traverse the Warrenpoint branch, hauled by GNR 42X. The remainder of the railtour passengers visited Dundalk works/shed then completed their journey to Great Victoria Street in a CIE railcar unit which had been added to the 17:30 'Enterprise Express' service from Dublin and which was stopped specially at Dundalk at 18:28 to pick them up (arriving into Belfast at 19:39). 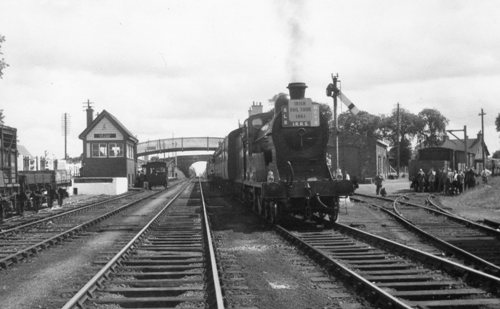 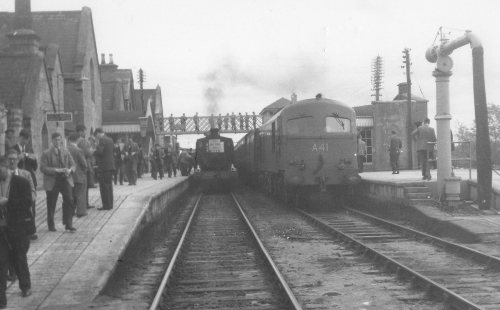 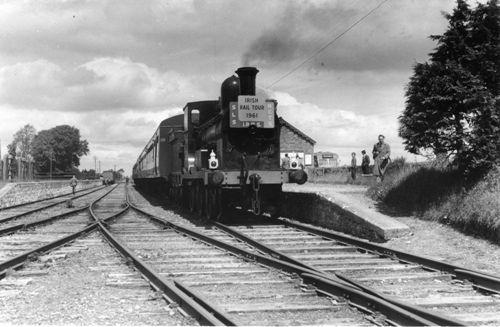