Notes :
(1) S.L.S. reports confirm the train was 30mins late leaving Chester owing to the late arrival of the connecting train from Birmingham, but this turned into on-time or early running by the train driver who it was quoted as 'most enthusiastically and quickly' eliminated the lateness. Midland members were able to use 'Half Day Excursion facilities' from Birmingham Snow Hill (09.50d) to Chester and the 7.55pm Chester General to Birmingham Snow Hill on which accommodation had been reserved.
(2) Timing sheet shows a reversal at Prestatyn with the instruction 'shunt to down line' however if the train ran into the station then an additional reversal would be needed to access the Dyserth branch thus confirmation is needed of where the exact reversals were made in the Prestatyn area.
(3) Richard Maund comments regarding the tour name: This tour was actually called 'Chester, North Wales Diesel Rail Tour' (timing sheet) or 'North Wales Rail Tour' (itinerary). The souvenir photo leaflet was entitled 'Farewell to the Chester - Denbigh - Corwen and Rhyl - Denbigh lines of the former London & North Western Railway'. 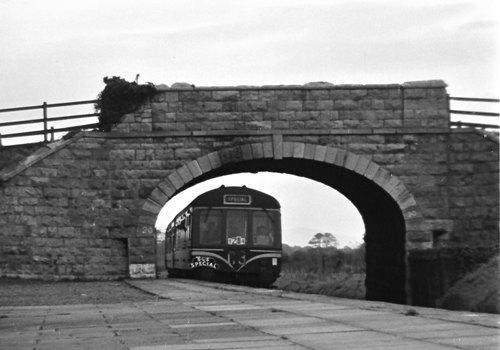 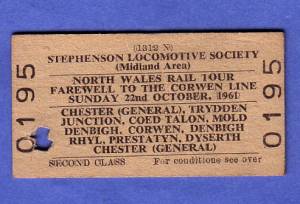