Train 1 : The Hebridean
Train 2 : The Jacobite

Notes :
(1) Alan Osborn comments: the Kyle train was heavily delayed between Penrith and Carlisle after, I recall, a reported suicide on the track, a preceding train was involved so we were just stuck behind. I can mention we should have departed Carlisle at 00.38 but actual timing was 03.01
(2) 1848 failed at Winsford and was dead-in-tow from there to Cowlairs.
(3) banked by 8041 from Beattock to Beattock summit.
(4) Route & loco confirmation required. Passengers transferred from one tour to the other by way of the CalMac ferries: 'Clansman' between Kyle of Lochalsh & Mallaig and 'MV Columba' that formed the 13.00 Mallaig to Kyle of Lochalsh.
(5) Train stopped outside Mallaig to split (further details of what this entailed are required).

Alan Osborn comments: It would appear from my notes that these trains also conveyed Sleeping Cars  from Crewe detached at Inverness also a Restaurant Car plus extra presumably dining coach attached between Perth and Inverness. On the Jacobite it appears a restaurant car was in the rake at Mallaig but no record of it being detached presumably Cowlairs. Sleeping cars were attached at Fort William. The late running of the boat is believed to be due to the late arrival of the Jacobite at Mallaig. It would be interesting if anyone can supply times of the northbound Jacobite which apart from its reported loco failure was probably also delayed behind the Hebridian following the heavy delay north of Penrith. The Jacobite was scheduled to depart Carlisle at 01.56 with an arrival in Mallaig at 10.50 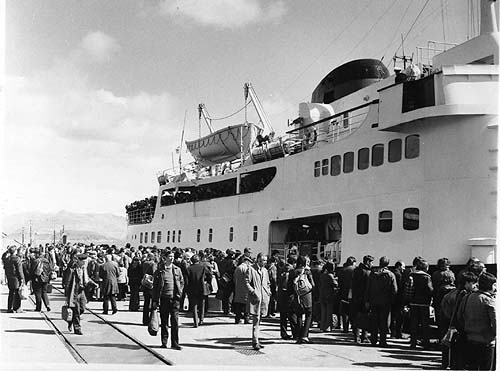 'Jacobite' Passengers disembark from 'Clansman' at Kyle of Lochalsh. 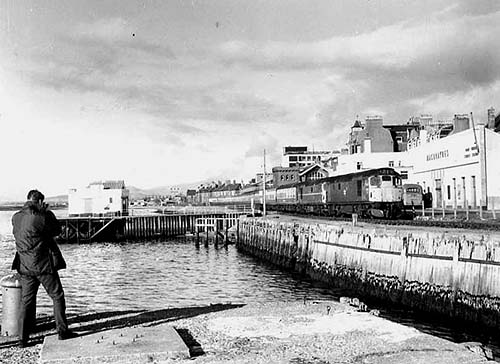 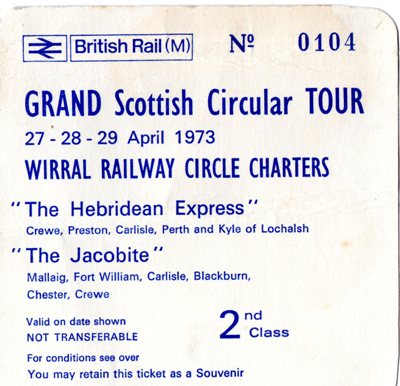