Notes :
(1) 4498 substituted for Flying Scotsman which was in Derby Works. Visits were made to the depots at Tyseley and Didcot.
(2) A young man committed suicide in front of the train, causing a burst air-pipe on the loco. E3169 rescued the tour and hauled the train to Bletchley where both locos were replaced by E3146. Train was 77 minutes late into Nuneaton. The look round Tyseley and also a water stop at Banbury were omitted and arrival into Didcot was only 1½ minutes late as a result.
(3) Due to the incident with train 1, train 2 overtook it and arrived at Tyseley first as a result of which train 2 was re-engined with 4771 (booked for train 1) and departed first. Gordon Lacy also comments: The Depot Visit at Tyseley (for 1Z77 passengers only) was cancelled, due to the late running. This was extremely annoying as we festered on the station for over the hour! The 1Z78 contingent had their visit in the evening (while we 'overtook' them!). 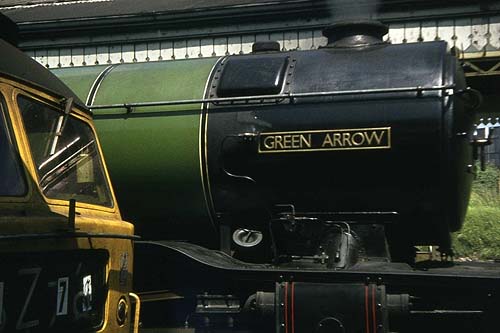 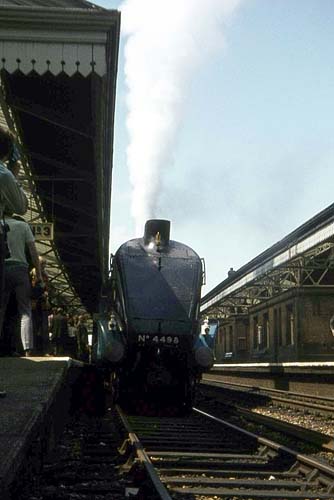 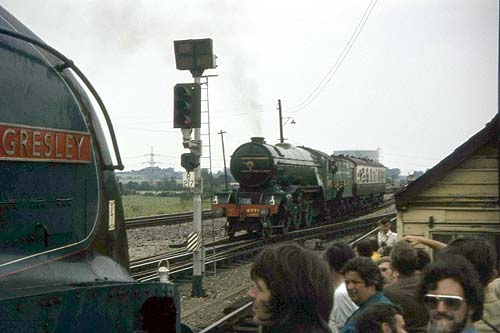 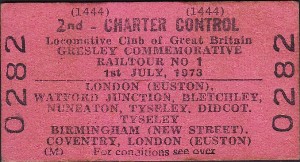