Notes :
(1) Gordon Lacy comments: Signal stops, checks & pw slowings meant that 60009 had to work far harder that the actual times suggest. Northbound, speed recovered from 10mph at Dunblane to a phenomenal 45mph at Kinbuck - performance of the highest order. A 10mph restriction (both ways) around mp 143½ gave us no opportunity to 'storm the bank' to Gleneagles on the return, either. In the event 36mph at the summit was a fine achievement! In contrast, the oldest surviving "Black 5" struggled somewhat with load 10 'up the hill' to Boat of Garten! 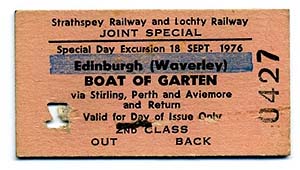 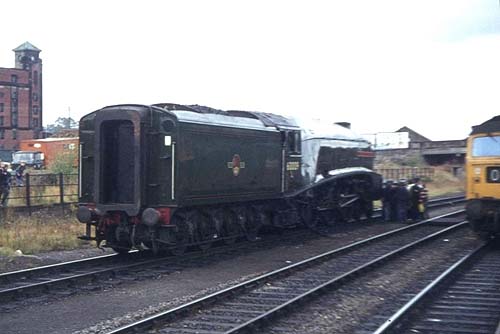 Sources : David Hills (from contemporary sources) & Gordon Lacy (on the train throughout)