Route: (headcodes as listed below)

Notes :
(1) Marketed/sold as separately ticketed runs.
(2) Propelling move.
(3) Details offered for 2Z18 show a reversal in "Andover Yard" (believed reversal point was on the Ludgershall branch track?) and at the station (dead-end platform on up side) - did all other trains do likewise?
(4) Stock listed in numerical order - formation confirmation is required.
(5) Kevin Stroud comments: I am quite certain that 33111 was involved somehow (maybe to allow release of locos at Ludgershall?), and I also seem to recall being hauled round the site by top’n’tail MoD shunters? 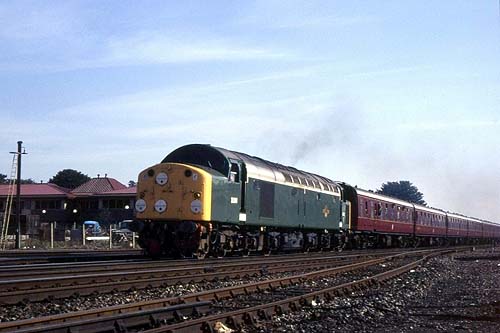 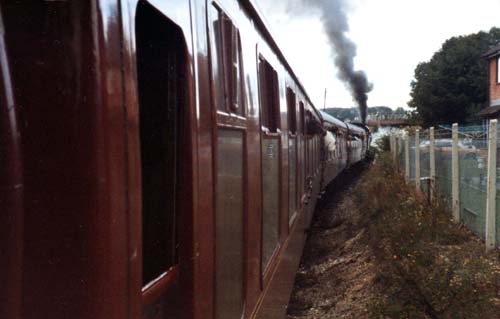 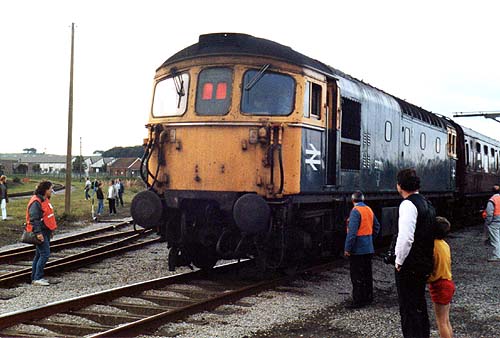 33111 on the rear of the train at Ludgershall - where/how did this loco feature
in the day? (photo: Kevin Stroud)

Timings (Advertised only)
(from Terry Jackson)

n.b. Booked times below are taken from STN which did not match advertised times!