The Growler Group
The Solent Growler

Notes :
(1) Gary Blyth comments: a bit of a farce on the day, original destination was the Eastern Docks, then BR stated that they were blocked so we had to go to the Western Docks instead. By the time we reached Southampton, BR changed their minds and we could actually visit Eastern Docks! When we did there were lorries blocking the line after the liner terminal so the whole line couldn't be traversed.
(2) There was an intended photo stop at Southampton but BR/Police wouldn't allow us to stop as football fans were alighting in the station at the time and they thought there would be trouble! The train carried on for a mile then the locos ran-round the stock!
(3) Due to the cancellation of a photo stop at Southampton and spending less time at the docks, a photo stop was hastily arranged at Didcot where the train sat for about an hour! 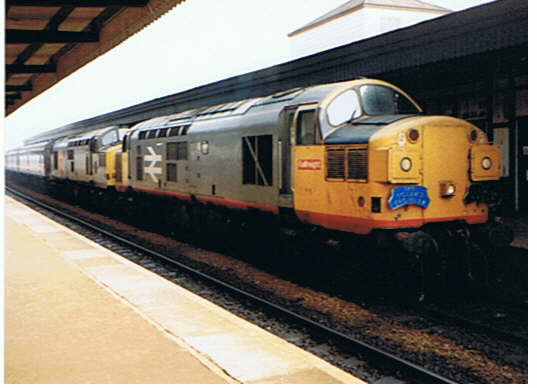 Timings (Booked Only)
(from Simon Cresswell)