Notes :
(1) 47145 should have been attached at Southall to work top & tail on the Brentford branch, on to Paddington, and then a run round the Greenford loop, but incompatible brakes meant it followed the train to Brentford, the 37's came off, 47145 hauled the train to Southall, where the following 37's were re-coupled and the 47 came off. The resulting serious delay meant the Greenford loop run was abandoned. The Greenford loop run was itself a late amendment to the tour, which was originally to have included the Colnbrook branch, refused 10 days before the tour.
(2) David Garnett reports; 'the train did the Greenford Loop with 47145, however it may have been ECS to release the 2x37's. 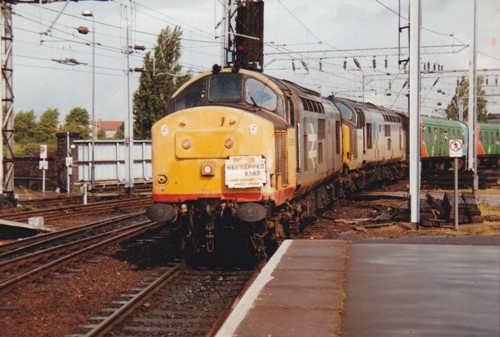 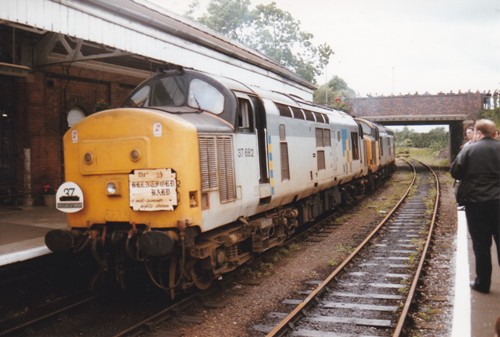 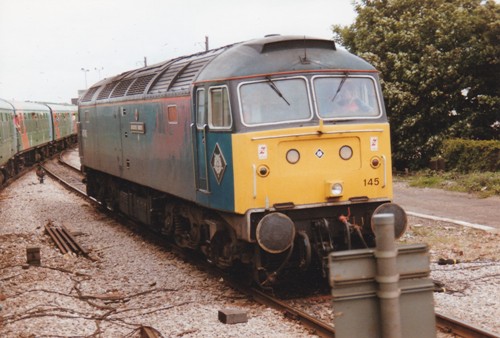 47145 at Southall, waiting to follow the tour to Brentford (photo: John Cassey)