Notes :
(1) 37070 on rear.
(2) 37430 on rear.
(3) Trevor Cockram comments: the last pickup was Stafford, so we did a ticket check before Wellington, one person did not have a tour ticket, but had a day return Stafford to Derby. On being told that it would be six hours before the train set down at Derby he said that would be OK. Too suspicious, and he didn't want to pay the tour fare, he was removed in the centre road at Wellington (before having 37070) to the station supervisors office to await the BTP. No one escapes the heavy mob grip! 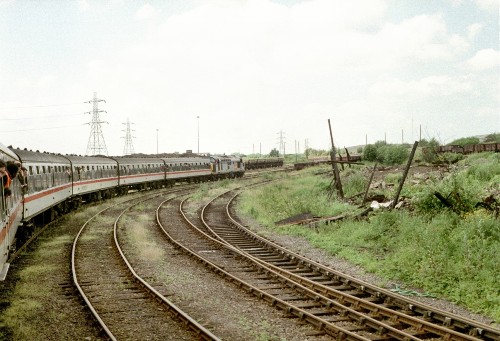 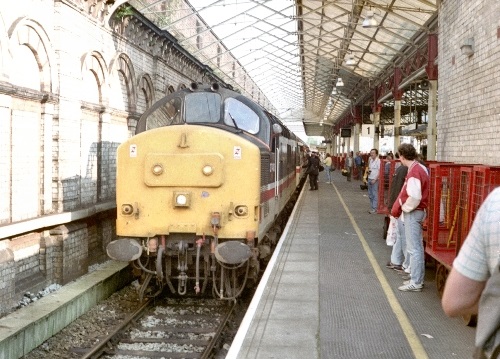