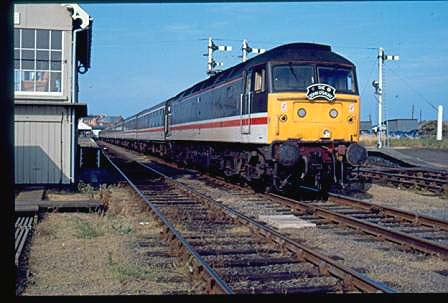 47804 ready to depart on the final train home as the era
of Mystery Excursions come to an end.

Timings (Booked Only)
(from Derek Thompson)