Notes :
(1) One train, with the locos top-and-tail ran on this hourly shuttle. Confirmation of how many other runs were made (and which route was taken) is required. Original information suggested all trains went same way round the loop however David Russell comments : I did two of the trips in the afternoon (sorry, don't know the exact times) and they went opposite ways round the circle i.e. 59005 London Paddington - Greenford East Jn - Greenford South Jn  - Ealing Broadway - London Paddington then 60047 Paddington - Ealing Broadway - Greenford South Jn - Greenford East Jn - Paddington. Those marked "Conf" are confirmed routed as shown.
(2) 60047 on rear.
(3) 59005 on rear. 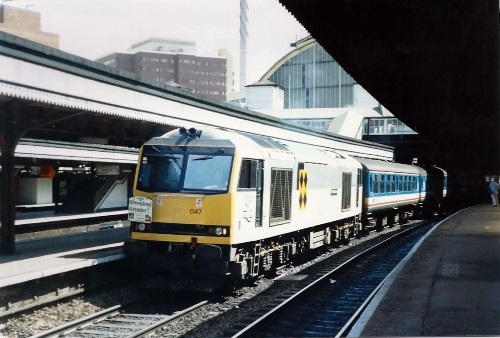 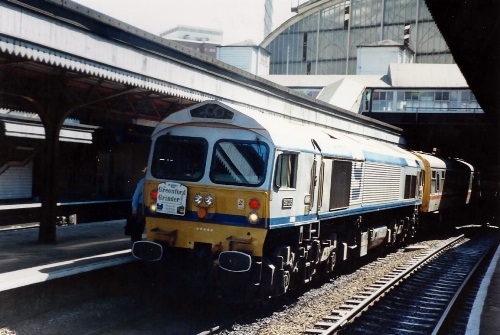 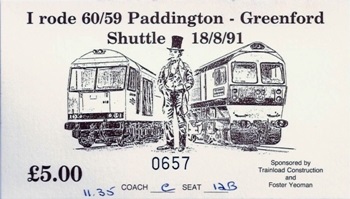