Notes :
(1) The tour was a means of getting people to the Old Oak Common open day. The two 56's on this tour were a late substitute for another pair which failed (unknown - anybody able to confirm identities?). As a result the tour departed late from Nuneaton. Additional information; After arrival at Paddington, the stock was used for a Paddington - Didcot Power Station Loop - Paddington mini-tour with 56034 for haulage, called 'The Didcot Lupin', organised by Hertfordshire Rail Tours. Also separately running were several circular Paddington - Greenford - Ealing - Paddington trains using 59005 and 60047 top & tail, with the leading engine alternating on successive runs. These specials ran under the name 'The Greenford Grinder'. 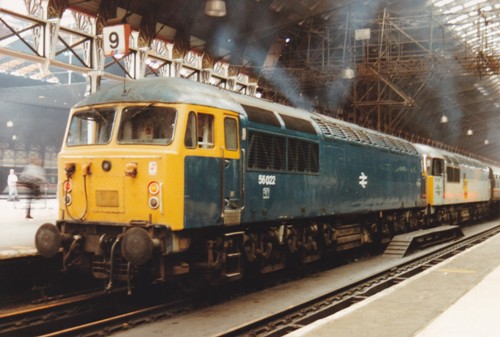