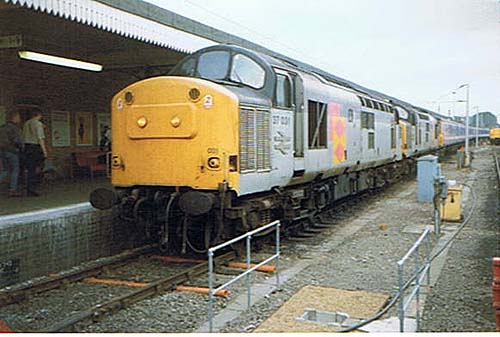 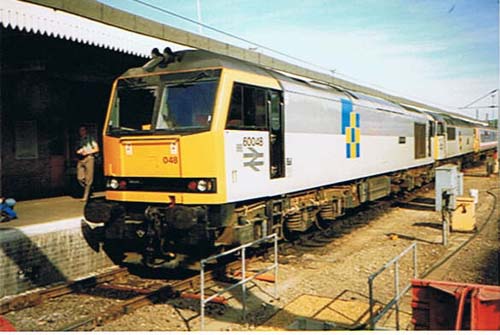 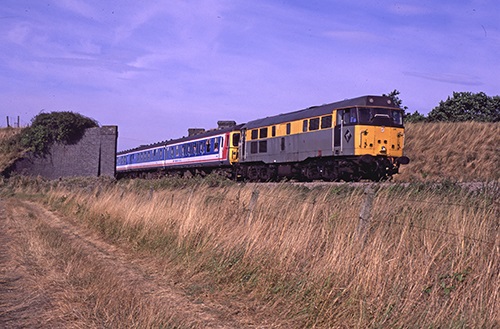 31196 (on the rear of the train) passing under the ex-M&GN line overbridge
on its way from King’s Lynn to Middleton Towers just after midday.
(photo: Tommy Tomalin/William Marriott Museum/00133) 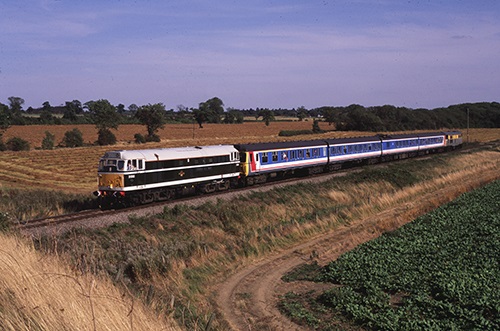