Notes :
(1) Locos swapped with Hertfordshire Railtours tour which ran the same day.
(2) The class 56's returned to Plymouth with one coach from the tour.
(3) Kevin Driscoll comments: Though we were well late by the time the train reached Dawlish Warren, it stopped anyway for a Pathfinder steward to leap off and upload boxes of banana fritters - these had been pre-ordered from an adjacent vendor, for sale to train passengers!
(4) Booked route from Cogload Jn was via Castle Cary, Westbury, Trowbridge, Bath Spa, North Somerset Jn to Dr Days Jn where outward route was to have been rejoined. 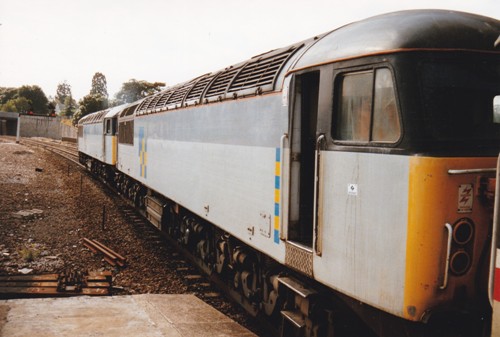 The 56s, on arrival into Newton Abbot (photo: John Cassey) 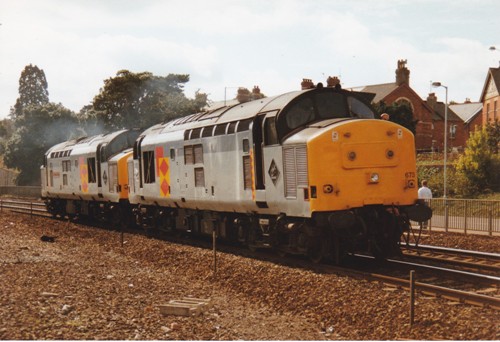 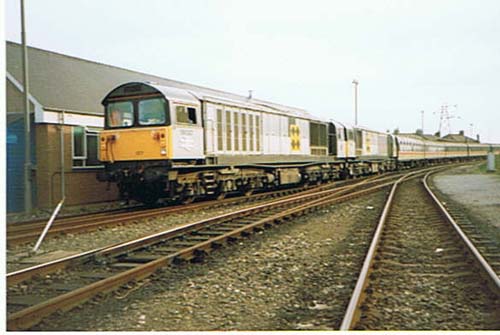