Mike Searle on another day out...
(with photos from Duncan Jennings)

It needed more than a GBRF shed to get me to pay another visit to The Nene Valley Railway and the inclusion of required grid 56057 sufficed.

A friend (yes I do have one or two) had sampled the delights of the grid on the Friday and reported that it was in fine form and that all services had performed as advertised.

My target day was Saturday, starting with a run from Kings Cross to Peterborough behind required 91121 on the 10.10 Leeds service. A brisk walk along well sign-posted footpaths and pavements allowed me to arrive at Peterborough Town station in time for  40106 to Orton Mere to connect with inbound 31108 back to my starting point. 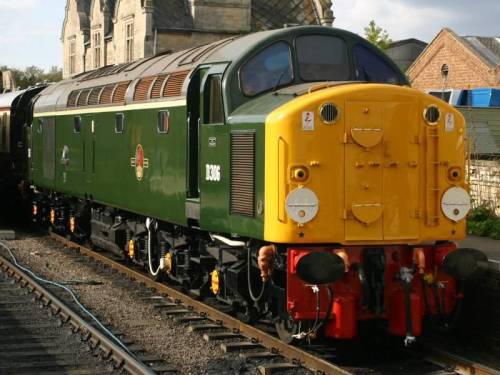 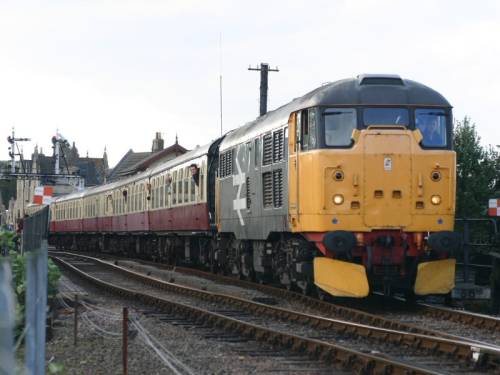 Teddy Bears D9516 and D9523 then worked the same stock up to Yarwell Junction, allowing about 20 minutes at Wansford, whilst the grid was attached to the rear, to look around and view the shed area. 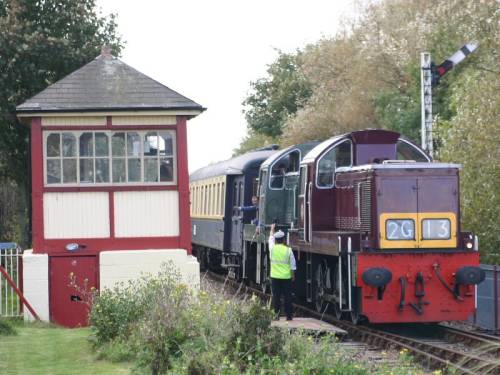 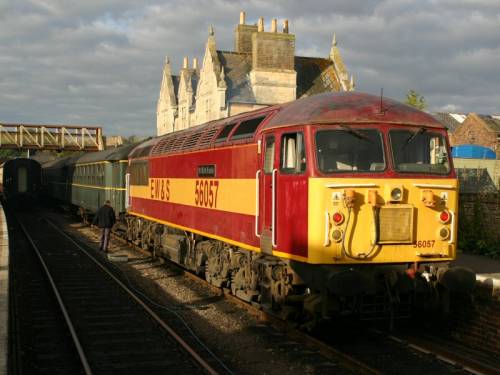 Having arrived at ‘the junction’ and detaching the ‘Bears’, 56057, smartly turned out in ‘EW&S’ livery gave an excellent noisy run through to Peterborough where the more sedate 66709 came onto the other end. 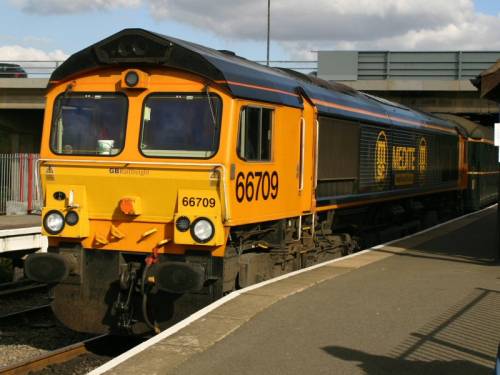 I remained aboard (it was pretty chilly outside for us Essex boys) and took the black liveried shed through to Yarwell Junction, where it ran round and proceeded towards Peterborough. I swapped platforms at Wansford to pick up the grid again for a run up to Yarwell Junction and then back to Peterborough. A time-filler move behind the 66 to Orton Mere for the ‘Whistler’ back to Peterborough Town was taken, in order to save a prolonged fester at Peterborough (B.R.) for 43113 (required) and 43006 (not) back to ‘the Cross’.

Another friend spent the first part of the Sunday at the railway and reported that everything had gone to plan, so it just leaves me to say well done to all those involved with the promotion of the event and that the £10 rover ticket was fairly priced for what was on offer.

Thanks too to P.L.E.G. for keeping me well informed during the build-up to the gala on its frequently updated website.