This trip was planned by Mike Searle and was quite ambitious, giving me the opportunity to sample some loco's and lines not previously done in Northern France, my previous French bashes done on holiday and consisting of Rennes based BB22200 electrics.

Having left Bristol at 21.00 on the Friday with Glyn (the other traveller), we arrived in Brentwood to pick up Mike at about midnight.

After a coffee, and a change of car, a beautiful starry sky lit our way to the shuttle and several meteor's were seen en route. After check in we boarded:- 9023/ 9014 02.17 to Coquelles

Having identified the locos via the usual helpful crew the plan was to stock up on pre xmas beer at Eastenders in Calais. Arriving there at about 04.00 we explored the aisles and filled Mike's boot with goodies. Leaving Eastenders we headed via toll road to Le Treport for our first French train of the day.

Upon arrival at Le Treport we viewed Y7585 behind the station building and proceeded to book our tickets, a return to Paris via Beauvais, returning via Rouen Rive Droit, Amiens and Abbeyville. Eventually after a riot we secured a €174 ticket for the 3 of us and left the ticket office with the sound of sighing, tutting and "pah" in our ears.

After a slightly late arrival in Paris, having viewed the girls caking themselves in make up (and cigarette smoke) for a day's shopping, we headed via the Magenta line on units 23e and 34e to Paris St Lazare. Security was tight, the French President due in later that day, 16041 / 16015 were seen at Gare Du Nord.

I settled back and ordered a Biere from the trolley, a prestime can of beer being presented to me as I counted out my €2.80. My mistake as the can was whipped away and a shabby battered can put in its place, apparently my prestime can was a €3.20 Superiere beer and for my €2.80 I only got a battered Belgian tinny, nice all the same to sample as we passed Sotteville with 72001, 67481, 68070, 8572 on view. 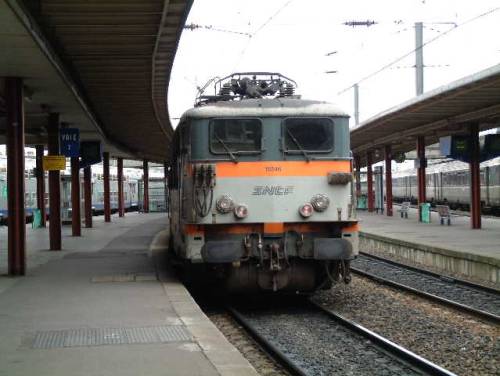 We bashed a few including 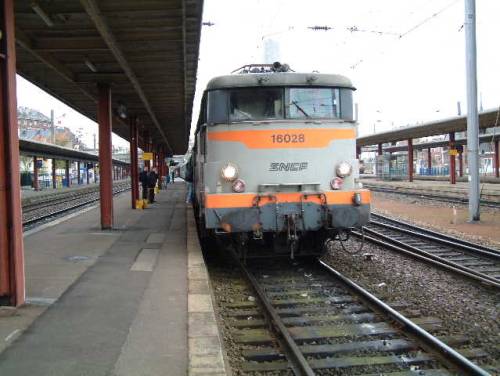 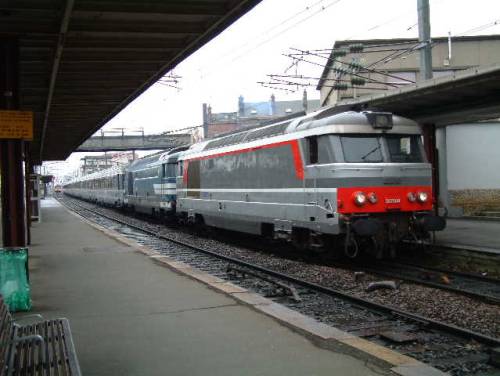 We of course sampled a few beers in Amiens at "Le Kent" bar where pictures of Wellington flying boats abound, my wife benefiting from locally produced pate, cheese, biscuits etc which I took back home from various Amiens shops.

Heading upon arrival for the pub at Abbeyville for 30 mins (whilst Mike got some doss on the 19.21 unit to Le Treport (48345)), we arrived at a Belgian style bar (Le Deux Pont?) for some footy (Lens v Lille) and a beer or two. Julius was ordered from the menu and weighed in at some 8.8 ABV, don't worry says Glyn the cheaper beers will be less weighty, so a Porter brune was ordered at ABV 6.9 and we staggered back to the unit, which slipped its way to Le Treport.

We then drove to Noyelles and myself and Glyn were dropped off to pick 67609/67499 up to Rue on a Boulogne service. Having successfully picked up the car we drove north and picked up Mike who had leapt on and off the same service, although how we found his station was a miracle in the dark as it was named after 3 different towns.

We made 9015/9821 on the 22.45 Coquelles to Cheriton and got to Brentford about Midnight for a car swap. Bristol was reached about 02.30 Sunday morning via dodgy service station (Ukranian waitress (service with a frown)) and driver swaps due to tiredness.

Verdict - looking back an excellent day out with 17 new locos, although a hotel move would have been the wiser move to avert the sleep depravation. An enjoyable taste of France.