How Far Do You Think To The Next Gas Station? 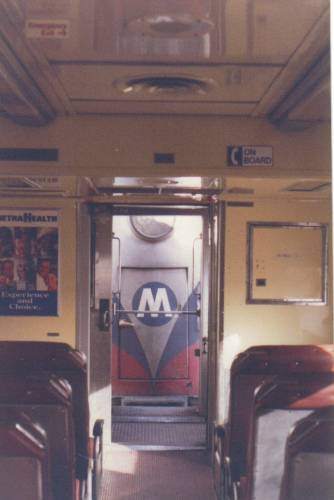 The view of a front coach rider.

There are times when being bitten by a particular bug can send all vestige of reason and common sense completely into touch. In this case it was American stuff and the older the better. By this time the Amtrak FL9s, of which I’d nailed only 1, had gone (or had they?). The Metro North and ConnDOT variety were still very alive although Amtrak and Metro North were both now getting reasonable service from their GE dual modes Genesis so the tide was defiantly on the turn. Long Island was still running real trains but of all the possible options to pursue there was one that demanded determined attention.

A year earlier a then little know US railroad had bought up it’s connecting railroad in Canada. This sort of on going merger activity in the US would usually do little to register with the UK observers but this was different. The Buyer was Wisconsin Central, the seller the Algoma Central. Big deal you say, Ah! But the Algoma ran tour trains to take bear, lake and tree spotters into the wilderness; VERY BIG TOUR TRAINS! And these needed a lot of power. Algoma had for years battled on with these trains just using any old Geeps or SD's from their freight fleet but Wisconsin (quite rightly) saw these as far more use moving their freight than pulling armchair wilderness warriors around.

So it was that they came to purchase dedicated tour power from the scrap yard of Canadian passenger operator VIA, seven FP9s and four B-units. The stage was set for stupidity, this had to be done!