The purpose of these Pages are to try and build up a record of the Channel Tunnel "Le Shuttle" locomotive pairings that were running on each day of operation. The idea stems from gaps in my own records and the thought that, by the nature of the operation, it can be quite difficult to confirm the identity of both the front and rear locos on a train you travel on. Yes, the "gen" can usually be obtained from staff at the terminal or on the train, but how often have you ended up with just one of the locos for your records, for whatever reason? Not that I would question the information given by the staff, but wouldn't it also be nice if you could also get independent confirmation of the identity of both locos on your journey? A trawl through the 'Net didn't throw up any such sources of gen (but if you know different then please let me know as I have no intentions to repeat anything already available on-line!) hence this attempt to gather together some of the gen that is "out there" in everyone's spotting/haulage records.

If these Pages develop like I envisage then you might be able to get that confirmation, or missing information for your own records, by checking the date(s) you travelled.

The format I've adopted for the workings on each Page is as follows;

Key :
Train/time : details if known. U=UK, F=France. Unconfirmed gen is in [ ]. CT = "Concession Time" (as used by Eurotunnel). Any other timings are in local time.
Loco(s) : the gen you have. If a loco is unconfirmed then it is shown thus : [9001]. In my records for example this is where the information was obtained verbally from a member of on-train staff during the journey and not verified by myself.
From : person who supplied the gen
Source : PS ~ personal sight, TS ~ terminal staff, OTS ~ on-train staff, O ~ other (please specify!)
Comments : self explanatory...

I am making, I hope, a reasonable assumption that a loco pairing is unlikely to change during a days operation, but maybe your records might reveal otherwise when put with the records of others! I'm not really trying to build up a record of what locos worked each service (way too much data!!) but simply what the pairings were on each day.

When sending your gen in (as I trust you will if you have any), please think about how you came by it - if you are now unsure then please say so and I will put the loco(s) down as unconfirmed, pending someone else confirming it/them. OK, over to you! 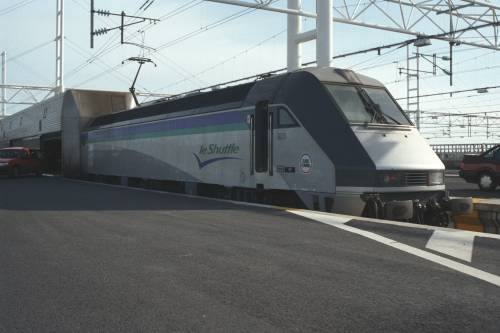